‘Laughter has always been a part of being Indian, and Native humor is culturally unique and at the heart of our resilience and survivability,’ Caté says

One of the most prominent Native American cartoonists working today, Caté, who is from Santo Domingo Pueblo, is known for using humor to bring attention to serious topics affecting tribal communities. His cartoon, “Without Reservations,” is published daily in the Santa Fe New Mexican and The Taos News.

The Behavioral Health Services Division of the state Human Services Department and the New Mexico Indian Affairs Department partnered to create the campaign. Officials say the goal is to use culturally relevant messaging on how tribal members can take precautions to protect their communities, families and elders.

“Laughter has always been a part of being Indian, and Native humor is culturally unique and at the heart of our resilience and survivability,” Caté said in a statement.

Public service announcements will air on Native American radio stations and banners will be put up at water and food pick-up stations and testing areas. Fliers also will be distributed at each pueblo, tribe or nation in New Mexico, and posts will be made on social media.

The latest statewide data shows Native Americans account for more than 54% of all positive cases. State health officials say tribal communities are particularly vulnerable because they have higher rates of diabetes, asthma, cancer and hypertension.

New Mexico has 9,845 confirmed cases, and the death toll stands at 440. The 132 additional COVID-19 cases reported Monday by health officials include more than two dozen cases among state inmates at a prison in Otero County.

Search #StoodisNM to find resources and information about the Native American Covid-19 Emergency Toolkit or visit the homepage directly at https://bit.ly/ADORStoodisNM. As Native people, we ...Read More 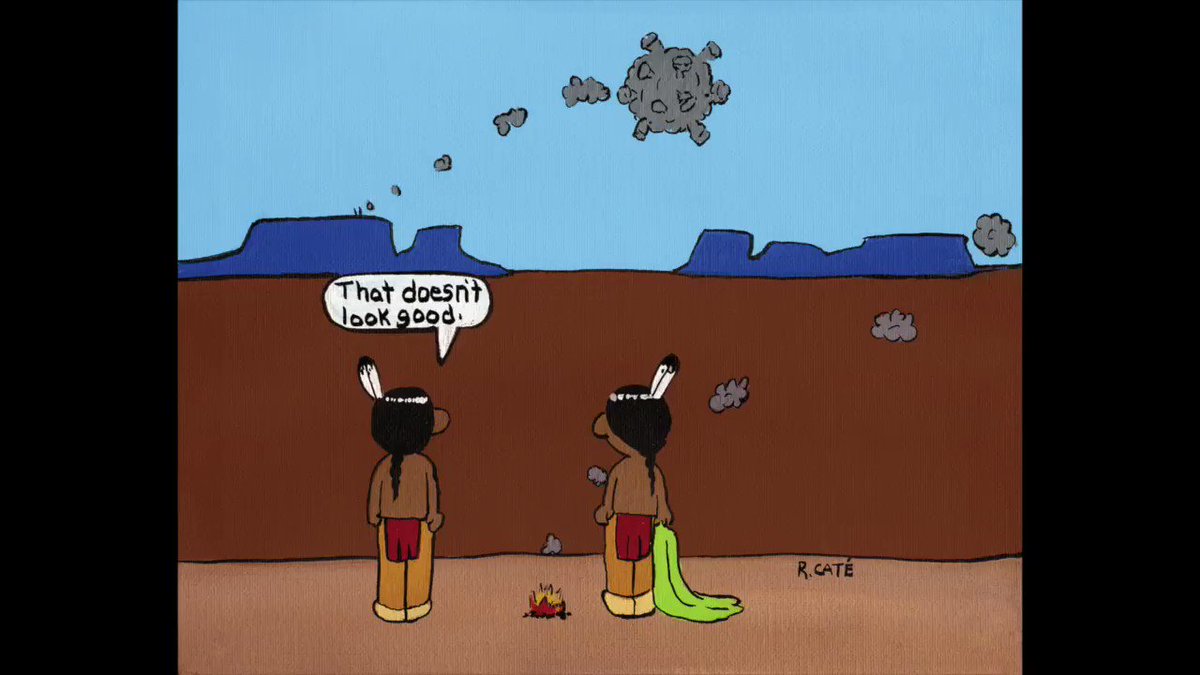 For our own survival, all of us need to go back to some basic things about relationships. Continue to be the loving, caring, and compassionate people. Be the example of what a good human sho ...Read More We can still practice our traditions and ceremonies, as a household, as an individual prayer, connected straight to the Creator. We will persevere if we protect our community, families and ...Read More